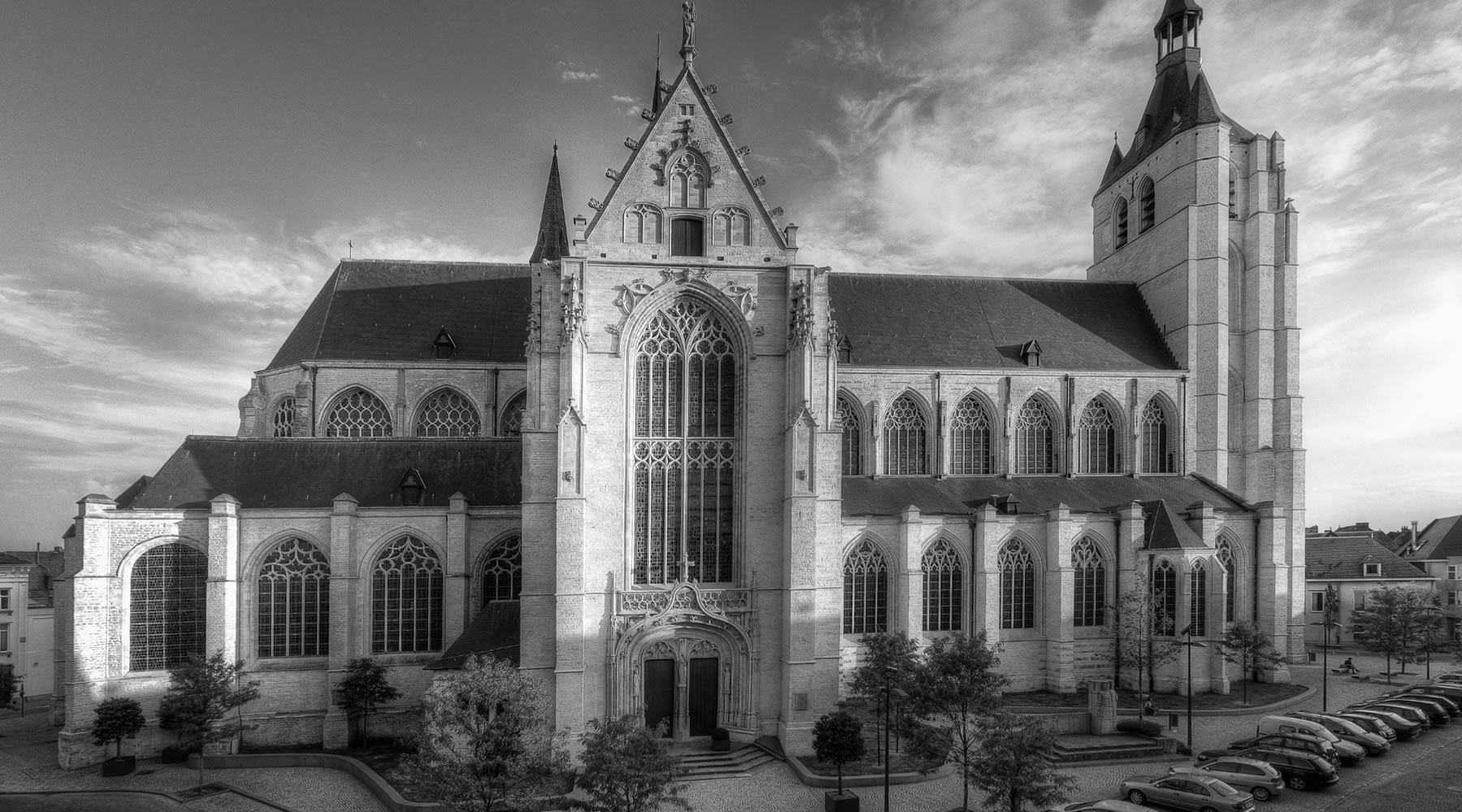 Paul Hendrikse
Writing Over Over (2009)
notebook

Like St Rumbold’s Cathedral, this is an outstanding example of Brabantine Gothic, built in stages between the fourteenth and the late-sixteenth century. One of the architects was Rombout II Keldermans, who also had a hand in St Rumbold’s and the Court of Busleyden.

The church was badly damaged by the German invasion and by allied bombing during the two world wars. Its appearance today is the result of renovations in the 1960s and at the beginning of this century. The tower houses a carillon with some fifty bells.

Trade guilds used to have altars here. One such was the fishmongers’ guild which commissioned Peter Paul Rubens to paint the powerful polyptych depicting the Bible story of the Miraculous Draught of Fishes (1619).

This church is home to an active Roman Catholic community.