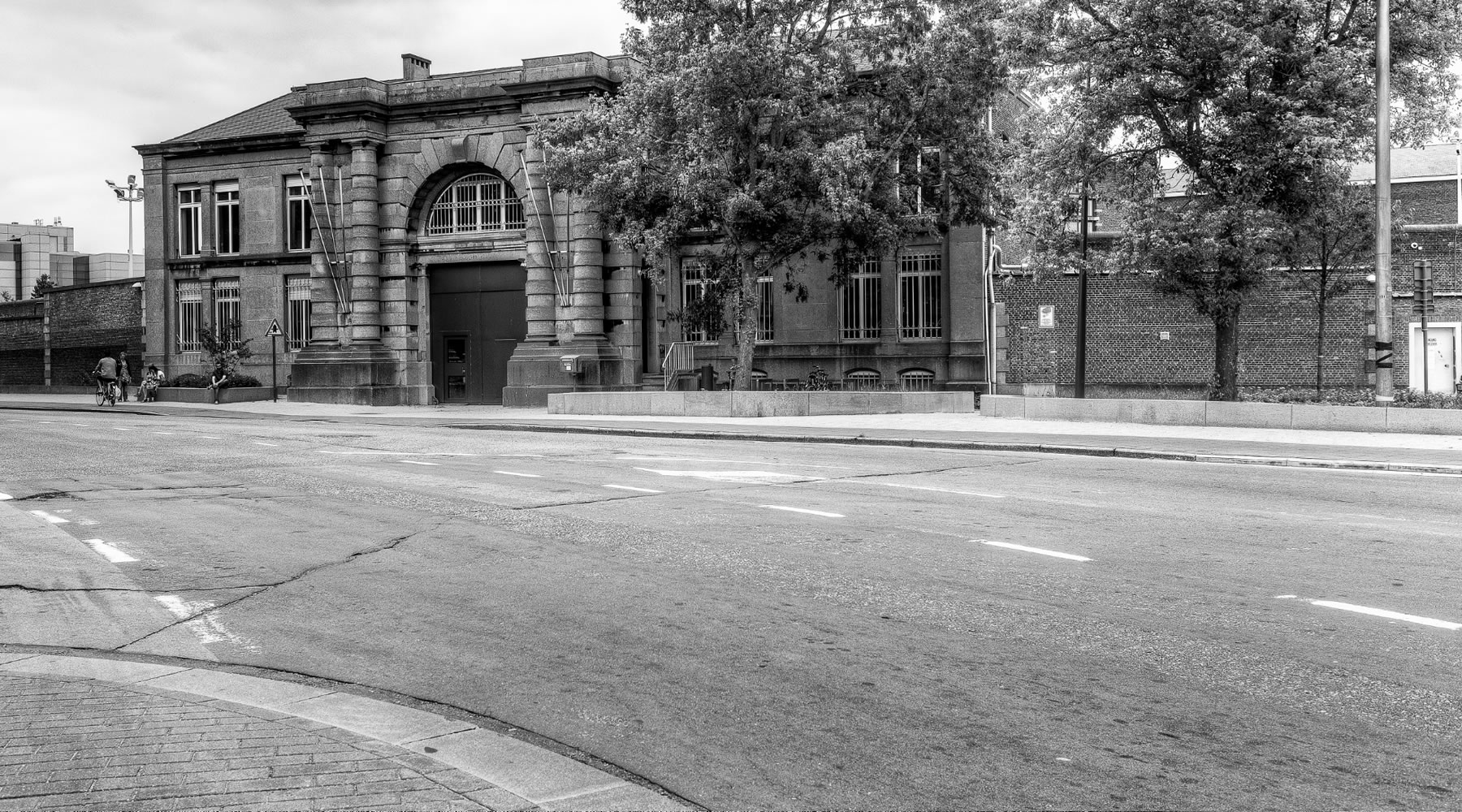 Each time, the artists invite someone new to give the performance (a member of the prison staff, a former inmate, an actor, …). This person reads a text from a teleprompter, consisting of monologues from prisoners who took part in a workshop in the prison within the frame of The Playmakers.

Søren Andreasen
Mass and Order (2013)
4 linocuts
(in the prison building, not on display for visitors)

Built in 1874, Mechelen prison has a star-shaped structure typical of that period. Initially it served as a House of Detention for the judicial district of Mechelen, but the
condemned and repeat offenders were also housed here.

This all-male prison has a capacity of 84 inmates, but in practice it holds on average 121. The building consists of three wings: one for the serious offenders, one for suspects and one for ten prisoners who enjoy a slightly suppler regime. The majority of the inmates remain in their cells and mutual contact is restricted to a few communal activities.

The prison gatehouse was renovated in 2013 and brought back into use.